SONG OF THE WEEK 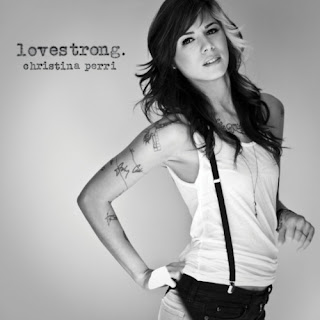 Christina Perri is an American singer and songwriter who debuted with the hit single, "Jar of Hearts" in 2010. She signed with Atlantic Records and released her first album, Lovestrong in 2011. In 2012 she wrote and recorded 4x platinum song, "A Thousand Years" for the film "The Twilight Saga Breaking Dawn- Part 2", and it was included in the soundtrack. She released another single, "Human", in 2013. Her second studio album was released in 2014.


She is one of my favourite singers/songwriters. I hope you enjoy this song as much as I do

How many times will you let me change my mind and turn around?
I can't decide if I'll let you save my life or if I'll drown

You put your arms around me
And I believe that it's easier for you to let me go...

I hope that you see right through my walls
I hope that you catch me, 'cause I'm already falling
I'll never let our love get so close
You put your arms around me and I'm home

I hope that you see right through my walls
I hope that you catch me, 'cause I'm already falling
I'll never let our love get so close
You put your arms around me and I'm home

You put your arms around me and I'm home