ENTRIES ARE STILL BEING ACCEPTED!

Etisalat announced its Flash Fiction prize a while ago 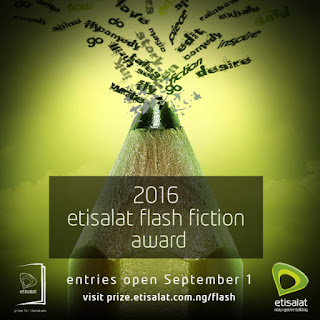 Entrants for the flash fiction competition are not expected to be published, and should be of African descent. All entries should be submitted online through the website, and short stories submitted SHOULD NOT EXCEED 300 WORDS.

You can read the entries of past winners here