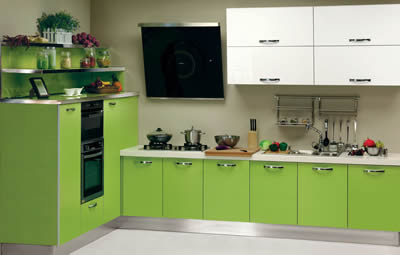 Gani hurried to the other side of the room, heart racing at the implications of what he had just seen- Fawad, lying unmoving on the floor, eerily, too still for one so active as he. They had been going to scout for lunch together when Fawad slumped suddenly, in the middle of the kitchen. Before Gani could turn back to support his brother, one of THEM had come into the room and taken him away. Not before a lot of screeching and cursing though.
Gani, in hushed tones explained to his mother what had happened and the old one just nodded silently. They had all known Fawad was sick- it was a miracle he had lived this long. He shared the meagre portion of garri he could find with her as they waited for nightfall. Then, they would meet with the rest of the clan to continue their discussions. They were losing members everyday to starvation, and something had to be done about it. Their chief, Ebiye, would chair tonight's meeting.
Finally night came, and everywhere was dark and quiet. Gani and his mother left their makeshift shelter for the venue of the meeting. They moved quickly so as not to run into any one of THEM. On their way, Gani looked back to see his cousin, Memuna and uncle Doje not far behind.
When they arrived there, almost everyone was present. He saw Sona's two children chasing each other noisily around the small gathering. The adults discussed in groups, yet, aligned themselves properly, ready to receive the chief whenever he mountedthe rough wooden platform.
Ebiye came up and cleared his throat. "Thank you all for coming here today"
"Thank you", they all echoed
"As you all know, this is the third in a series of meetings that we have been organizing within our clan in order to tackle the grave challenges that have faced us these past weeks. Such challenges are, primarily: Starvation and Death. We have been able to pinpoint the main source of these problems-THEM"
"Yeah!", many yelled
"THEY, who are supposed to be our neighbors and roommates hide food from us, and they take away our food!"
"Yes!"
Then they heard noises and they became quiet. Someone was moving around the noise, switching on lights and putting them back off. Then it stopped and the house was silent. The chief continued.
"They persecute us and look down on us in disgust. They poison our children!"
"Yes!"
"They do not even try to tolerate us! Where is the love?"
"No love!"
"Tonight we work together and we take over the store! Take as much food as you can carry! Wheat, rice, garri- nothing must be left out! Gani, Zafir, Ture, Memuna, you four should man the rooms. Bread, biscuits, sweets, take everything within your reach. All others are with me in the kitchen and store. Go the extra mile tonight. We will not die this recession because we did not vote Him in".
And with that, they dispersed and began to see to their duties. Suddenly cries were heard from the store, then the kitchen, then the rooms.
"What happened?", some were asking.
Gani, and a few others who were not afraid approached the kitchen area carefully, gasping at what he saw. A number of their fellow clan members were trapped in what looked like a gel-like substance, struggling to move, but finding it quite difficult, hearts palpitating in chests. One of those with him rushed forward, "Father!", he exclaimed, rushing to his father's side to free him from this strange imprisonment. He grasped his father's hand, and all of a sudden, he was trapped too.
"Gum!", Sona screamed.
"It's everywhere!"
"Run!"
"Don't run!"
There was commotion as they ran helter-skelter, more of them getting trapped in the boards of adhesive strategically placed all over the house. Then the lights came on. A woman in a nightgown came to the kitchen, rubbing her eyes. Suddenly she spied Gani, and her eyes widened and she screamed that hated word.
"Raaaaaaaat!"