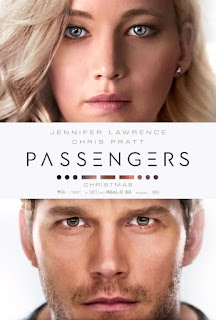 
This may be a long shot, but imagine waking up too early in a spaceship bound for another planet. 90 years too early. Scary, right? That’s exactly what happened in Passengers featuring Chris Pratt and Jennifer Lawrence. I saw a trailer of the movie on TV and I was fascinated by the duo. I mean, who wouldn’t want to see a combination of the humorous star lord and a badass arrow shooting tribute. See what I did there? Movie geeks will get me. In short, I would have dismissed it as another sci-fi movie with lots of holograms, artificial intelligence, floating talking computers and other sci-fi mumbo-jumbo but the casting drew me in.

Jim Preston (Chris Pratt), a mechanical engineer is one of the 5000 passengers aboard the star ship, Avalon on a 120-year journey to a new planet- Homestead II. The passengers were placed in an induced hibernation state in sleeping pods and were only to be awakened few months to the end of their journey. However, something went wrong (lots of Sci-fi stuff and I really don’t want to give any major spoiler) and a sleeping pod malfunctioned, waking Jim Preston and consequently, Aurora Lane (Jennifer Lawrence) a writer, 90 years too early. After several failed attempts to go back into hibernation, they accept their fate and tried to live normally on a ship that has almost everything you can think of including an android bartender named Arthur who serves as company for the couple- yes-they later became a couple really in love with each other, giving us serious relationship goals and the occasional humour. But someone had a secret (a sort of dramatic irony because the viewers already knew) that caused a major strain in the love affair. Then something even bigger went wrong, threatening the lives of all the passengers and forcing them to make a tough decision.

One fascinating thing about the movie is the very lean cast. Only a few people played important and visible roles in the movie, yet, it was amazing. Jennifer Lawrence’s performance was laudable as she conveyed every emotion impeccably. The part when she punches Pratt’s face is very realistic. I must confess, I almost shed a tear or two at some point. Talking about the picture quality, it was superb. For lovers of star gazing and the beauty of the vast sky and space, this movie hits the spot. Even though most of them were props and CGIs, they looked so real. It was beautiful.

What makes a good movie? I don’t believe a good movie is totally without flaw. Passengers definitely has its flaws. Some say the story is unrealistic and shallow but no one can deny that it is quite entertaining. Moreover, that is the beauty of Sci-fi. For a moment, you stop to think, and you imagine, believe in and even empathize with a story you know damn well is almost impossible. Passengers is another love story set in a different, more perilous world. After the movie, you might ask yourself, what would I have done if it were me? Choose to spend the rest of my life forever confined in a ship with the one I love? Save myself and take my chances in a new world alone?

Passengers is a story of love, selfishness, forgiveness, redemption and sacrifice. And on a final note, forget all the theatrics, the movie is actually deep. It makes you think of what things are truly important in your life. 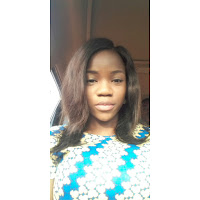 Based in Lagos, Nigeria, Adebusayo is a fierce lover of poetry, films and all things literature. She holds a Bachelor of Arts in English from Babcock university. She writes about what she sees, feels and admires.