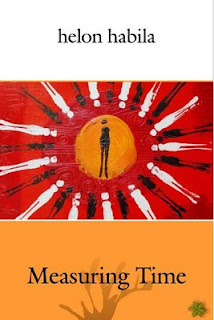 When I got this book in February, I had no idea it would take me this long to finish. I hadn’t even heard about the book before, as it was published over 10 years ago, when I would have been to young to appreciate it. However, I was book shopping, and two things attracted me to it. First- that it was written by one of my favourite Nigerian authors, Helon Habila; and secondly, that it won the Caine Prize, which is a pretty big deal if you ask me.


Mamo and LaMamo, twins born in Northern Nigeria are raised mostly by their aunt, and partly by their father. Each followed a very different path from the other, having contrasting personalities. While the one is outspoken and radical, the other is more reserved and intuitive. LaMamo goes off to war; Mamo is held back by sickness. The long separation makes the brothers respect and admire each other’s differences.

Each twin finds himself held down by something that proved not to be what it seemed. LaMamo wants to fight, to be a patriot, yet what he eventually sees at the war front opens his eyes to the real meaning of war. He sees the kind of suffering it brings to people, and this transforms him- to an extent. Mamo wants to change the history of his people as recorded by a missionary, but he soon discovers that he is writing biographies instead. He is exposed to politics in its basest, most corrupt form, and many times he is tempted to betray his conscience. Each brother falls in love, LaMamo with Bintou, and Mamo with the more complicated Zara.

The first sentence in the first chapter-
They had decided a long time ago to make life hard for their father…
-is like a thread that runs through the entire story. Yet the twins keep seeking the attention and love of their father until the end, even though he had, from the start favoured one son over the other
‘His brother is a healthy strong boy. He takes after me….’Lamang argued
On the rare occasions that Lamang had deigned to notice his children, it was LaMamo he noticed. He’d sometimes brag to his friends about the striking resemblance between them..
His father’s voice came clearly to him, “…His brother is my spitting image…taller, strong. He’s right now in the army, abroad, a fine young man, not like his brother…….weak…..too weak   ‘

The book is divided into four parts. The first part explains the family history of the twins, their childhood dreams and escapades, and first love. It basically outlines their lives from birth to age 25. In the second part, the twins become more mature and responsible adults, forming stronger, lasting relationships, and discovering themselves. Here, several events, like LaMamo’s experience in war-torn Liberia, and Mamo’s heartbreak strip them of the naiveté that often comes with youth.  In the third part the events leading up to the climax occur, and a backdrop of information is also released, (for example, the history of the Mais of Keti), preparing readers for the resolution to come after. In the last part, the story increases pace, like it was rushed, and ends without a real ending.

First of all, if you can’t handle sad stories, don’t read this book. You may or may not cry (depending on how cold your heart is. Lol). I took this long to read the book simply because, when I started, I enjoyed it so much that I didn’t want to ‘rush’ it. (I’m a fast reader you see). So I would read a little, let that digest for a while, and then resume later. But I didn’t quickly realise that I would get tired of the story, but after a while, I did. In fact, it was a struggle to finish it because at the middle of the book, I got bored. Fortunately, I have a friend who got the book at the same time I did, and her glowing review (oral) made me pick up the book again. And true to her word, the writer ends the story carefully, everything coming together so neatly, albeit nostalgically.